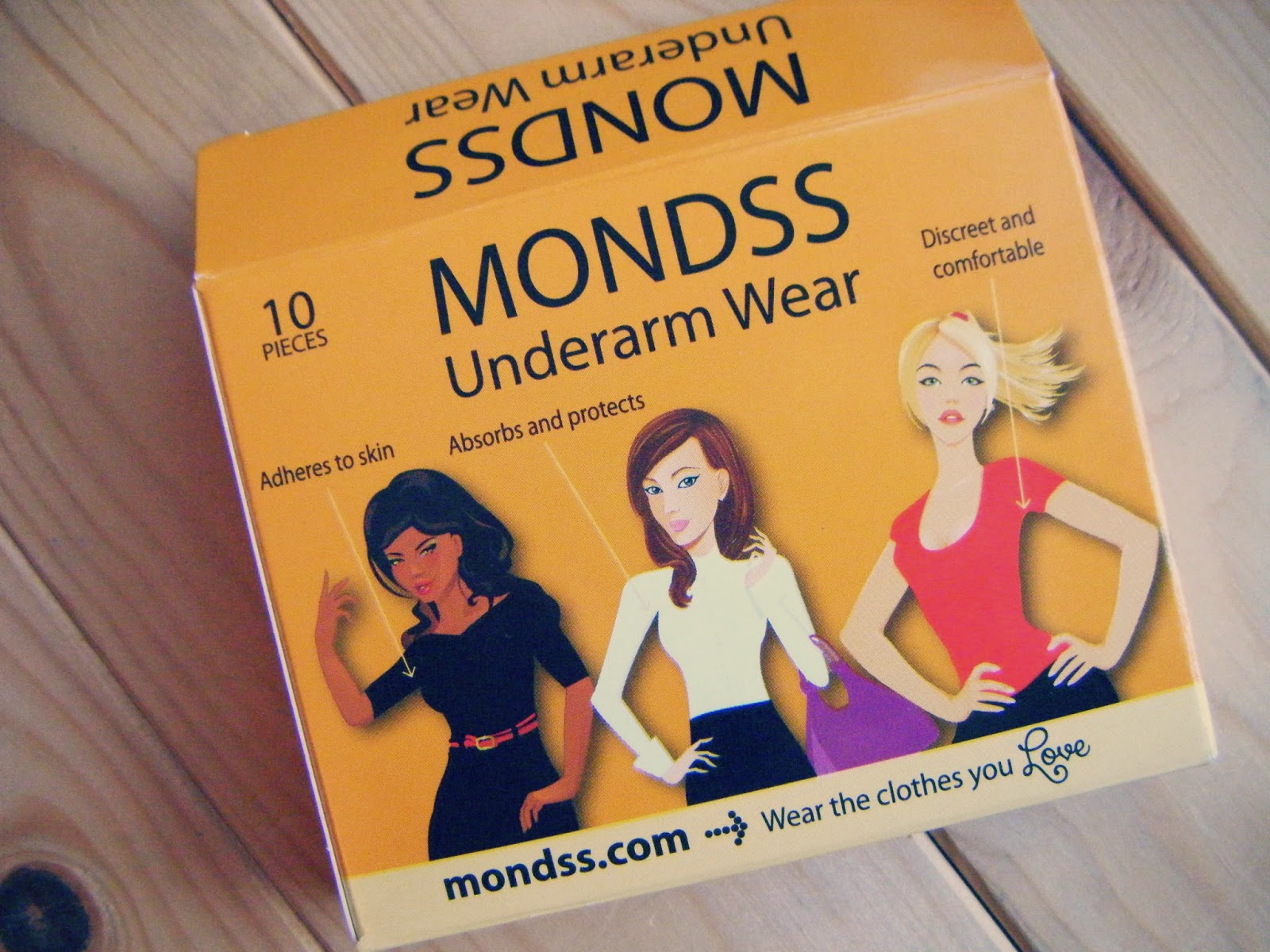 Mondss are an underarm patch that women can wear instead of loading up on their deodorants for the day. They claim to be discreet, comfortable and easy to remove- as well as apply. I thought the idea was an incredible one and something very interesting to try out and I was really excited to put mine to the test.

Upon first glance they look like giant band aids or plasters and I didn’t think that they would be comfortable to wear. But I was excited and adamant to get them on for the day and so I read the little pamphlet that comes in the box.

It’s recommended that you shave 24 hours prior and do not apply any deodorant after showering, the patch will do all the work your antiperspirant should.

I really liked the idea of just showering and sticking on a patch instead of applying my deodorant whilst flopping my arms around waiting for it to dry before slipping on my shirt. It meant cutting down time spent in the bathroom in the morning and I am totally down with that.

The patch has a soft fleece centre with sticky adhesive white edges to keep it in place all day long. I can indeed confirm that after 8.5 hours, mine were very creased but hadn’t budged, peeled or moved around at all. They moved with me rather than against me. So how do you use these? Firstly you peel off the stickers and apply the smaller section upright under your arm, so that the larger section is at the bottom. As I applied the patch I smoothed mine out making sure that it was going to stay in place. I also put my hand underneath whilst bringing my arm down to create a little crease or bend in the patch to make moving around easier and I think that it really helped.

I’m not going to lie it felt weird at first and after 2 minutes I wanted to remove them because of the strange feeling that I had something stuck under my arms. However I persevered because I wanted to give an honest review and so I got on with my day.

Apart from normal errands, I did some Yoga, ran around snapping pictures for my blogpost and so on and so forth. But the thing was after the first hour I had completely forgotten that I was even wearing a patch and had no problems whatsoever.

I can see these being the new handbag must have for plenty of women who lead very busy or stress filled lifestyles. Hormonal ladies, those going through the change, Mum’s, gym enthusiasts, or those who find deodorant doesn’t quite make the cut and need to top up later during the day should turn their attention to Mondss.

Being honest I personally don’t really perspire that much unless I am really nervous or having one of those hectic days, but I know that some do and so I think you should try these out before reaching for a heavy duty deodorant that blocks your pores outright.

Throughout the day I felt comfortable, clean and secure and didn’t have to readjust the patch once. I don’t know how well it would work for women who do perspire a lot. But I personally feel that the adhesive is strong enough and that made me feel confident and not like I needed to grab my body spray or take another shower. There was no scent, at all,

To remove the patch I just found a small corner and peeled of gently. I was red where the adhesive was, much like you are with a plaster that’s been on your skin for a while, but not sore.

However, I was sticky and the adhesive from the corners of where the patch was on my skin, was still sticky but I thought that was fine because It was shower time and I knew it would come off easily enough.

Overall my first experience was strange but comfortable and I think these patches are something all women should try out for themselves. So nifty and a really wonderful idea for women to use as an alternative to strong chemical deodorants.

Those who are taking up their driving test, going on a date, or hitting up an event that’s stressful in the near future, should definitely be trying these out. Party girls, hormonal ladies and busy mum’s should perhaps spread the word on these and give them a try as well. 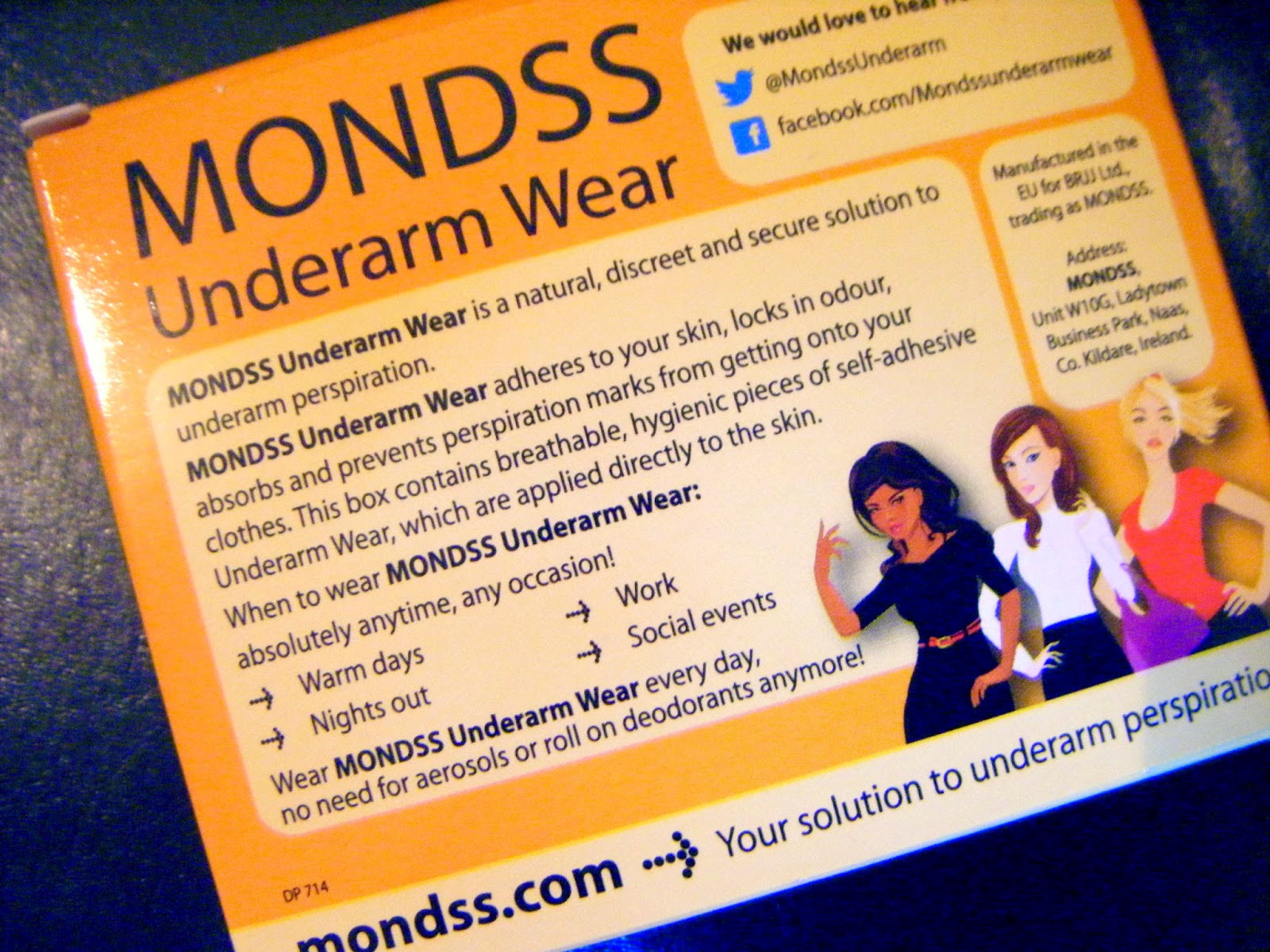 Obviously there are certain clothing items that you aren’t going to want to wear with these. Those in particular being Cami tops or spaghetti strap dresses. But t- shirts, long sleeves, and dresses that don’t expose your underarm area are the best bet, otherwise you will see the patch quite clearly.

I will definitely be using these when the occasion calls for it, and I say that as I think It would be a waste for me to use them on a daily basis; since I don’t perspire a lot. I’m definitely going to get the girls in my family to test them out too because of course there’s hormones involved as well as very busy lifestyles.

I love that Mondss are so ridiculously affordable and comfortably designed, meaning that those on a budget will be able to afford to trial them.

Like I said you will probably find it a bit odd at first as I did, but give it a while and you’ll completely forget and be able to get on with your day as normal.  For me there was no need for adjusting, removing, or grabbing my deodorant at all and that’s what I liked about them.

My only thought is that I would love if they designed a clear edge so that the white can’t be seen.

I don’t think they are completely discreet due to the white and that makes certain arm movements a little awkward. I can only imagine what men must think you have on under your arm if they did catch an accidental glimpse.

I think a clearer patch – apart from the cotton fleece centre, would be an even more awesome option and I hope that they do because I think you could wear them with a lot more outfits. Perhaps a black and nude option to co-ordinate with your outfits and LBD’s would make an amazing fit into their line as well.

Overall I would absolutely recommend these and I will be wearing them during my more hectic days and during important events. 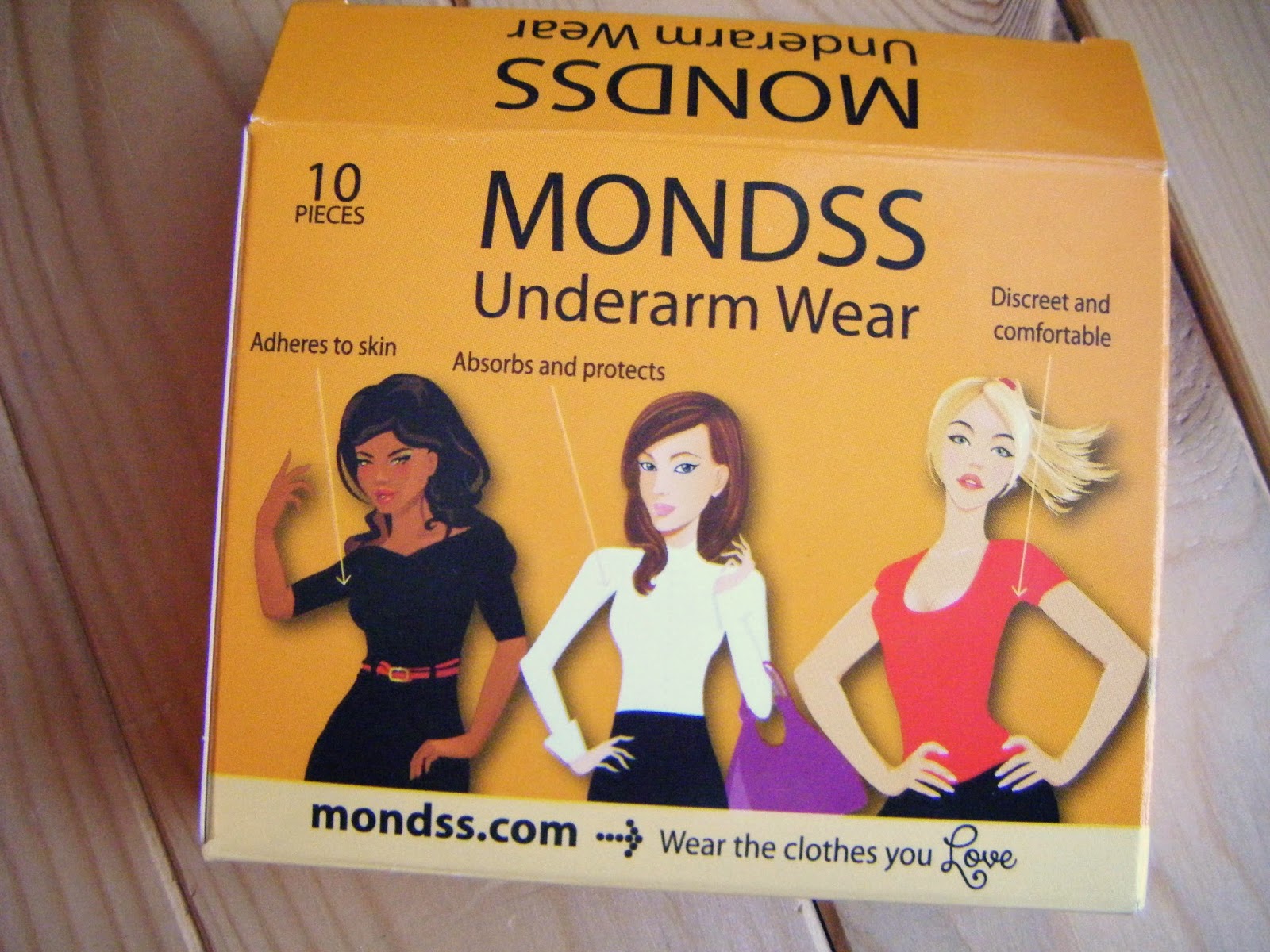